If you have ever had the good fortune of being on a wild brook trout pond during the beginning of Hex season you are still talking about it.

Hexagenia limbata or Green Drake as we call them in Maine’s north country, is one of the most geographically widespread mayflies in North America. It is found from coast to coast as well as from Florida to Canada and often constitutes an important part of the food chain in clear water lakes and ponds. In suitable habitats Hexagenia nymphs may reach populations densities of nearly 500 per square foot of lake bottom.

Female Hexagenia and most other mayflies deposit their eggs directly on or in the water. Individual Hexagenia females release as many as 8,000 oval eggs, each less than 1/2 mm long, which sink to the lake bottom. After several days to several months (dependent partly on the water temperature), a tiny nymph hatches from each egg. It immediately burrows into the lake sediment to feed on plankton and to construct a U-shaped burrow, with two openings at the sediment surface. The nymph continually enlarges its burrow as it grows, so that the burrows of mature nymphs can be as much as 5 inches deep. By undulating its body and moving its feathery abdominal gills in sweeping motions, the nymph keeps the burrow oxygenated.

The nymphal life of Hexagenia lasts from about one year in warm climates and usually two years or more in colder regions. It leaves the burrow at dusk or soon after and rapidly swims to the lake surface, where its exoskeleton splits lengthwise down its back. From the raft-like exoskeleton emerges a fully winged subimago or (dun), which after only a few minutes takes flight. The winged Hexagenia is the only stage in the insect’s life cycle that most people see.

During the night or the following day, male and female duns molt a final time, leaving behind a subimaginal exoskeleton. They are now sexually mature imagoes or (spinners – adults). Neither the duns nor spinners eat, because their mouthparts are not completely developed. At dusk or at night, female spinners fly into a large swarm of male spinners. The males and females mate in flight during darkness. Within minutes of mating, the female spinner settles down to the lake surface, extrudes her eggs, and dies. This is called a spinner fall where life begins again. 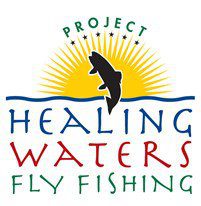